To give you the best experience we use cookies. Learn More 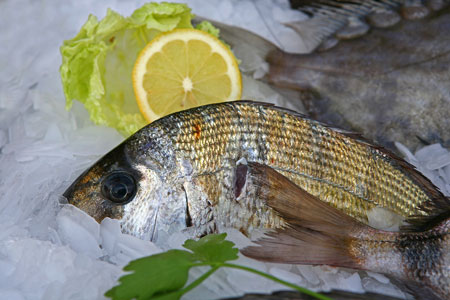 It’s no surprise that most people want their fish to be fresh when they purchase it in the market, but, sometimes, it can be difficult to keep this fresh product at the right temperature before shipment. With many fish monger locations heavily relying on refrigeration units to keep their products safe and out of the danger zone, temperature control techniques are extremely useful. However, not all of these devices are cost effective or efficient and this is truly where the problem lies.

Despite this being a major issue many fish warehouses face, in the past, it has been nearly impossible for them to find cheap and high-quality devices to utilize. However, perhaps, wireless temperature sensors are the answer to this common predicament.

The Importance of Freshness in the Fish Market

Although many consumers when casually walking down their local fish aisle might not think about the process of fish storage and delivery, this aspect of the fish market actually plays a huge role in its consistency and freshness levels.

When fish arrives at the fish warehouse, it is immediately transported from refrigerated trucks into refrigerated walk-ins and stored until it is sent to the store. Every kind of fish has different temperature ranges and peak freshness instructions which the fishmonger must adhere to. For instance, according to Brooklyn’s Fish Tales, the average full fish tends to last for roughly three days in the freezer and every fish has a different temperature and environment that works best for them.

Furthermore, a whole fish will keep slightly longer than filets so warehouses that cut and then freeze the fish have even less time to waste and even more attention to pay than other warehouses. With individual filets becoming such a prevalent item in supermarkets, this has most certainly become quite common and ultimately means that the fish must be stored with extreme caution so as to not accumulate bacteria or cause illness in its buyers.

However, despite it being a major concern, many fish warehouses have turned to a clever device which not only helps them regulate the temperature in a highly simplistic way but also is cost effective as well.

How Do Wireless Sensors Make a Difference?

There are many ways for fish mongers to utilize temperature control to their benefit but not many ways for them to actually regulate said temperature in an efficient way. However, with wireless temperature sensors like the ones found at Wireless Sensors UK, this tiring process quickly becomes a thing of the past.

The reason for this is all in the science that makes these sensors so special. Unlike regular sensors, wireless temperature sensors are extremely small, energy-efficient, and also connected to your network meaning that they are far more responsive and the data they compile is easily retrieved in minute intervals. Furthermore, due to their small size, they can be placed anywhere within the warehouse and not take up much space making them very effective and unimposing.

On top of this, wireless temperature sensors also are connected via the IoT meaning the data is received quickly and effectively and any fluctuations are reported in a matter of seconds via SMS or email notifications. These sensors also happen to be extremely energy-efficient as well only using a small coin cell battery that can last upwards of a year and are eco-friendly in the sense that they emit no carbon dioxide and also use small enough batteries that they are not truly contributing to the landfill battery crisis whatsoever.

Lastly, every device is NIST certified and is therefore extremely safe and high-quality in nature making them not only a viable candidate for fish warehouse temperature control but, perhaps, the best choice currently on the market.

Although these wireless temperature sensors may be nothing more than a small piece of tech to the average consumer, they could very well have a massive impact on the way we as a society handle our fish production and manufacturing. With this said, it is clear that this small device is truly the future of temperature control and will continue to revolutionise our processes each and every day.